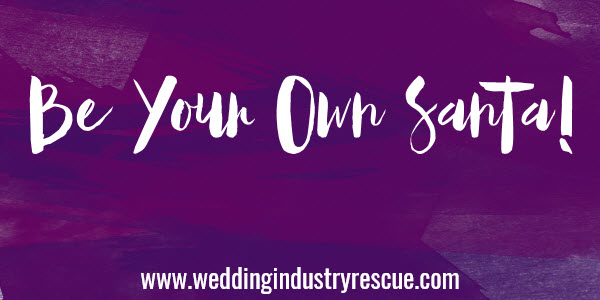 I read a story yesterday and had to share it with you.  If you embrace how powerful this lesson is I think it could change your life.

This is a true story told by motivational speaker Glenn Turner about his experience with Santa Claus.

When Glenn was 9 years old he wrote and asked Santa for a pony.  He asked for a pony because that was exactly what his cousin asked for as well.

You see, he felt his cousin was smarter than he was since he did better in school and he came from a family that had more money.  So Glenn thought he was being smart by doing this.

Christmas morning came and his cousin got a new pony but he only got hand-me-down clothes and apples.

He was confused but just thought Santa had made a mistake that year because he had been a good boy that year just like his cousin.  So he didn’t worry about it.

The next year he did the exact same thing.  Glenn asked for a new bike, just like his cousin.  He even copied his cousin’s letter word for word and checked to make for sure the spelling was correct.

Unfortunately, he woke up to the same results.  His cousin got the most beautiful red and white bike.

He got hand-me-down clothes and fruit.  Again!

Glenn ran behind his barn and cried most of the day.  To top it all off, his cousin wouldn’t even let him ride the bike.

On the third year, Glenn was stunned and furious when the same thing happened.  This time they both asked for a rifle and on Christmas morning he was met with the same result.

A new rifle for his cousin.

Hand-me-down clothes with apples and oranges for Glenn.

Just as he had done the year before, Glenn ran behind the barn.  With tears filling his eyes, he raised two closed fists to the sky as said….

“Okay Santa, if that’s the way you want to play it.”

And as soon as he made that conscience choice, he became a success!

I see one huge glaring mistake Glenn made that Cheryl and I see people do all of the time in their business.

And that is copying others in the industry because you think it’s “the only way to do it” or “that’s what everyone else does”.

Unfortunately, we fell into the same trap when we first started out in business.  That changed one Sunday afternoon as Cheryl was reading a marketing book.  I remember the enlightened look on her face as she threw the book on the floor and started frantically pacing around the room.  After years of marriage I knew not to interrupt her at this point in her “mental processing”.  So I just sat there watching and patiently waiting for her to get her thoughts in order before I asked what in the hell just happened.

Here is the sentence she read that struck a chord that day and changed how we successfully market our planning business.

“Just because everyone in your industry markets the same way doesn’t mean they know what the hell they are doing!”  -Dan Kennedy

If you let that soak in, this is one of the truest and most liberating statements you will ever read.  When we first start out in business the first thing we do is look around to see what the other person, our competition, is doing and we copy it.

Hopefully, but not always, we add our own little twist to it.  We copy their services, their website copy, and heaven forbid even their prices!

Because we are copycats, there is nothing we do to stand out from everyone else.  And it shows!  It shows in our lack of business growth, our lack of imagination and lack of personality.

Especially, in the lack of money in our checking account at the end of the month!

All of us read or hear statements just like this on a daily basis that makes us realize we need to change.  The harsh reality is that very few people make the necessary changes, but the ones who do, and stick with it, can and do revolutionize themselves and their businesses.

These people take action by “being their own Santa”.

Over the years, Cheryl and I have learned that only about 10% of people actually take action on the changes they know they need to make.

You no longer need to guess why most businesses, maybe even your own business, are just barely getting by while your “big competitor” is growing every year.

I bet your “big competitor” is in the action oriented 10% that actively seeks knowledge and advice from others and then takes the necessary action to grow.

I bet your “big competitor” doesn’t copy others.

They charge more for their services!

Now is the time to “be your own Santa” and join the 10% that takes action!

You can now be a part of the action based 10% by watching our free design and build your own WordPress classes.

All you have to do is fill out the form below to let us know you are interested and we will contact you when it is time to start.  We plan on starting the class at the beginning of the year.

Why are we offering this for valuable class free for 60 days?

Because we know that only the most action oriented, the most motivated, the most frustrated, and the hungriest entrepreneurs (i.e. the 10%) will take us up on the offer.

And that is exactly who we want to work with.

Become your own Santa now by filling out the form below.

[si-contact-form form=’2′]
The distance between your dreams and reality is called action! -Unknown 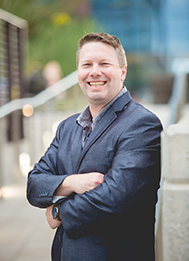 Who is Shea Bailey? He is the other half of a great husband and wife team. He takes care of the tedious, less glamorous behind the scenes work for their businesses and their clients while making Cheryl look better by just standing next to her. Don’t you think?

He spends his days analyzing – everything. From the content you have on your site, to how to improve conversion rates by using your Google Analytics and improving your visitors user experience. And then he makes changes, clicks some buttons , and then he analyzes again. It’s a process!